Born and raised in Madiun, East Java, Okta Samid moved to Yogyakarta after finishing high school to enrol in art school at Institut Seni Indonesia. Best known for his clean illustration work and his use of pastel tones, Okta continues to gain acclaim in Indonesian and Australian art scenes alike. His clever use of cute, catchy phrases coupled with simple line work is characteristic of Okta’s distinctive style.

Okta is a professional artist and skateboarder who last year opened his own studio and boutique skate and art-supply store, Mendaftar Studio in Yogyakarta. He has been drawing and skating since he was a child, but it wasn’t until 2008 that he began to participate regularly in art shows and his work began to explore youth culture some of the issues he and his peers faced. 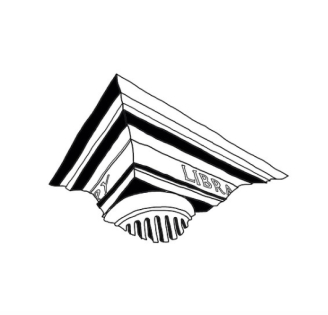 In 2014 Okta was invited to Melbourne for a one-month residency. During his time Samid lived and hung out with local artists and skaters. This experience allowed Okta to explore Australian culture, visit a couple of famous skate spots and galleries as well as work on his pieces. At the end of his residency, Okta displayed at an exhibition and painted a mural at Conduit Arts in Melbourne. Since this first trip, Okta’s relationship within the Australian art scene has steadily continued to grow.

Okta continues to collaborate and freelance with a number of Australian brands and artists. His work has been printed on products for Australian brand Salty Shoes, he has exhibited works at Kubu Studio in Geelong and Lowbrow gallery in Zombie Queen in Adelaide to name just a few. Despite his relative prominence within the Australia-Indonesia art world, Okta is hoping to be able to further develop his skills and reach and hopefully return to Australia for more collaborations.

A big fan of Australian artists such as Marcus Dixon, Okta stocks the skate brand PASS~PORT, which Dixon’s work features on, in his store. “I really want to collaborate with Marcus”, says Okta. Given Okta’s talent, creativity and passion I’m sure this isn’t an unlikely dream. For now though, Okta plans to continue to produce art and grow Mendaftar Studio in order to develop “good relationships and collaborations with galleries and stores [in Australia] that share the same vision”.

If you want to check out Okta’s latest work, you can see it at Paperu exhibition as part of the Jogjakarta Art Festival from 31 July – 13 August. But if you’re not in Jogjakarta, Okta’s Instagram https://www.instagram.com/sketceria/ and Tumblr http://sketceria.tumblr.com are excellent ways to keep up-to-date with his art and collaborations.